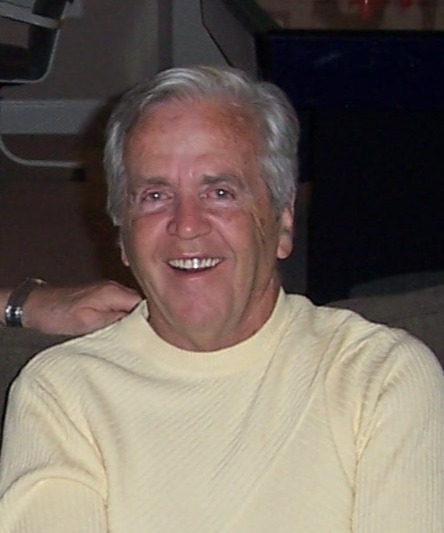 Copy the text below and then paste that into your favorite email application.

Joe was one of 8 children born and raised on the south side of Chicago. He attended St Margaret of Scotland elementary school, Marmion Military Academy high school and DePaul University. While studying Law, he found his true passion in the field of finance. That career in the financial services industry spanned his entire life and he continued to work daily until his recent sudden illness. As the founder of JPM industries, he helped launch the financial careers of many and was committed to educating the consumer in all aspects of personal finance.

Jay’s benevolence was well known but it was his deep sense of commitment to family that led him to raising the children of three different families, thereby securing their futures.

As a young college student, his father, Andrew B. McGivney Sr, died suddenly leaving four young children. Without hesitation, Jay stepped forward and spent the next several years caring for his brothers and sisters.

Soon thereafter. he started his own family and raised three children of his own. Always a devoted father, he still managed to find time for his siblings.

Later in life, he met and fell in love with his beloved girlfriend, Leslie, and assumed the role of patriarch to her three children as well. Theirs was an extraordinary bond of love and friendship which endured for 33 years.

Being the consummate teacher, Jay was always sharing his philosophies on positivity, success, and resilience. He taught us many life lessons while instilling those same family values which we all embrace today.

We are grateful to him for all that he has left us with in our hearts and in our minds. But above all else, we know the greatest gift he gave to each of us is our belief in ourselves.

Rest in Peace Jay, knowing that no one man was ever loved more.

Devoted father of Joe (Nicole) the late Erin and Shannon.

Devoted brother of the late Dorothea, the late Marilyn, the late Andy the late Bobby, Kathy, Gerry, and Philip.

Fond uncle of many nephews and nieces,

To order memorial trees or send flowers to the family in memory of Joseph "Jay" P. McGivney Sr., please visit our flower store.